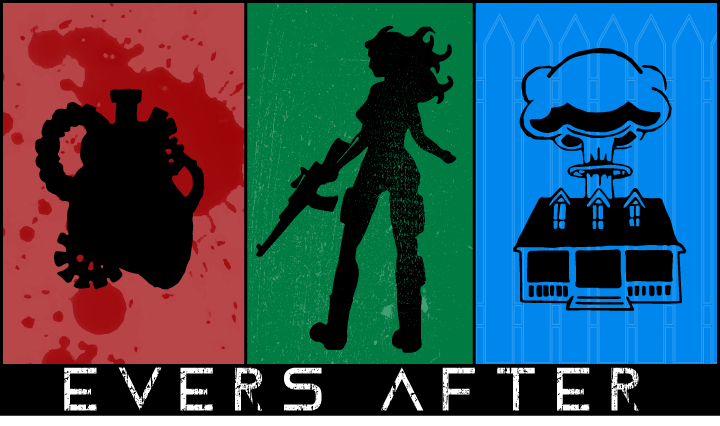 Evers After the acu-semi realistic fictional action drama. Based on a true story, Mews Carinary calls it “A heart-beating, blood-moving romp.” The Pretty Lady Daily says it’s “Hard to look away.” Join Samamthy Evers in “Evers After” as she finds out you can’t go home again, but maybe you can make a new one next door.
Samamthy Evers left the war, but it seems like the war isn’t satisfied. Evers After on WSPN the Spoon. Season two also has magic.

A post shared by Spooning In The Apocalypse (@spooningintheapocalypse) on Apr 23, 2019 at 9:19am PDT